Chetan Pradhan, Head of Institutional Engagement, has once again been re-elected as Chainman of EARSC. The European Association of Remote Sensing Companies, also known as EARSC, is a non-profit organisation promoting the use of Earth Observation (EO) technology with the mission to foster growth within the EO market.

Read Chetan’s blog as he feeds back on the Annual General Meeting (AGM), EARSC’s big anniversary and how EARCS continues to provide value for the industry.

At the end of June, I had the pleasure to attend the AGM of EARSC. It was a particularly special occasion this year as the organisation is celebrating its 30th Anniversary, and had organised an excellent set of events in Brussels to commemorate the significant milestone.

Under the banner of “EXPANDEO”, there were a number of workshops organised, including one on fostering market uptake for Earth Observation services amongst research users; one on serving local and regional authorities better; and one dedicated to the smaller member companies of EARSC.

The day concluded with an excellent cocktail reception at the Museum of Natural Sciences in Brussels, where EARSC presented its annual awards for company of the year and product of the year – huge congratulations to all the winners from everyone at Earth-i! You can find the full list of nominees and winners here.

Aside from helping to present the awards I was pleased to be able to say a few words to mark the occasion, and to help ensure that the 30th Anniversary cake was cut properly!

The annual general meeting itself was followed by a conference titled “A Day with Earth Observation”. Several informative presentations were woven into a single story based on the novel The Little Prince by Antoine de Saint-Exupéry.  The Little Prince had many concerns about how the resources of planet Earth were being used, for example to ensure we had healthy crops to eat, to safeguard our oceans from litter and over-development, or to protect our security and heritage.  Informative presentations from four illustrious panels of speakers helped to answer his questions and allay his concerns.

It was a delightful way to thread the different presentations together into a single story, and certainly kept the audience well engaged until the end of the day.  Most importantly, it proved the extent to which Earth Observation is positively impacting almost every aspect of our lives today, delivering measurable impact to our communities and economies.

You can read the story of EARSC’s Little Prince’s adventures, and view all the presentations, on the event website here: http://expandeo.earsc.org/the-story-of-a-day-with-eo.

Earth-i has been a member of EARSC for a few years now, but my own involvement with the organisation goes back much further, to 2005 when we started (with the European Space Agency’s support) to look at how the Association should evolve to represent the sector more proactively and enable stronger and faster growth in the sector. This activity led to me joining the board of directors of EARSC in 2008, being elected to vice-chair of the board in 2010, and eventually being elected to chair of the board since 2016.

The organisation has come on in leaps and bounds in this period. From a staff of just one part-time person working from their home in 2008, EARSC now has a secretariat of 10 full-time staff; its own extensive offices situated prominently in the heart of Brussels; a membership list exceeding 125 organisations (most of which are small European companies offering value-added services derived from satellite Earth Observation data); and a diverse array of funded projects that directly help the industry to grow and flourish.

Earth-i considers its membership of EARSC tremendously valuable.  EARSC helps us as a forum for networking with other companies in the sector all across Europe; as a means to have our voice heard at senior levels across European institutions; as a route to joining international trade missions and opening opportunities in normally inaccessible markets; as a source of information about forthcoming opportunities; and of course as a route to be involved in key industry events such as EXPANDEO. 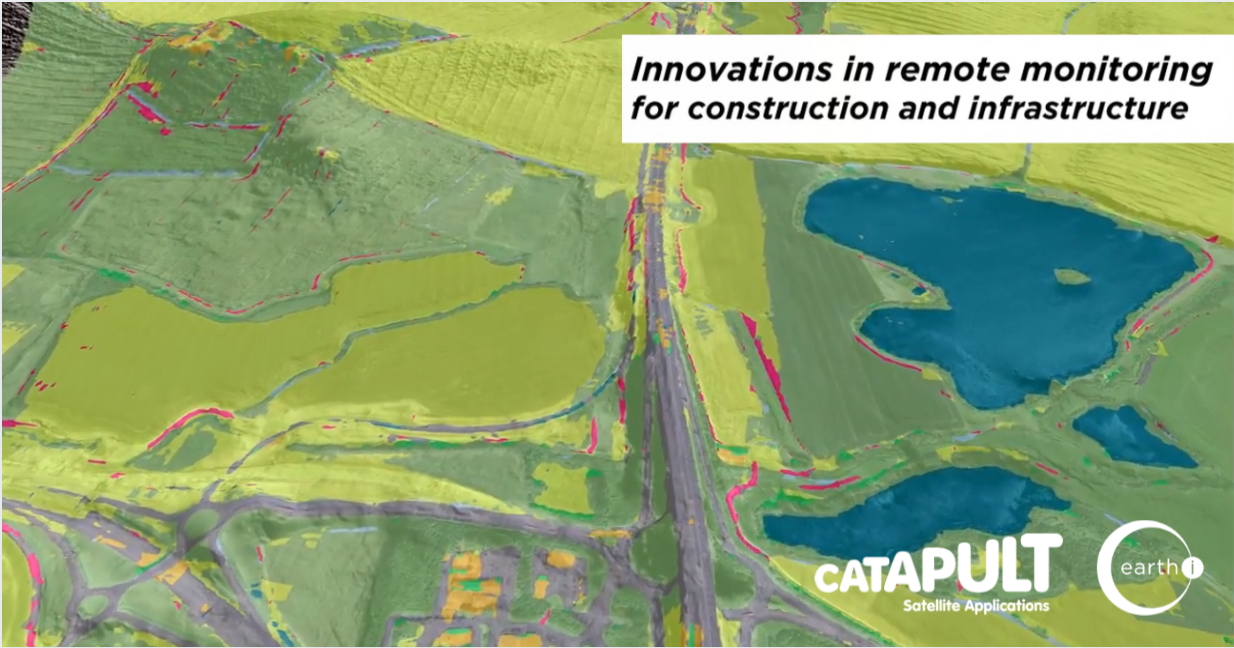 Earth-i and Satellite Applications Catapult team up for webinar