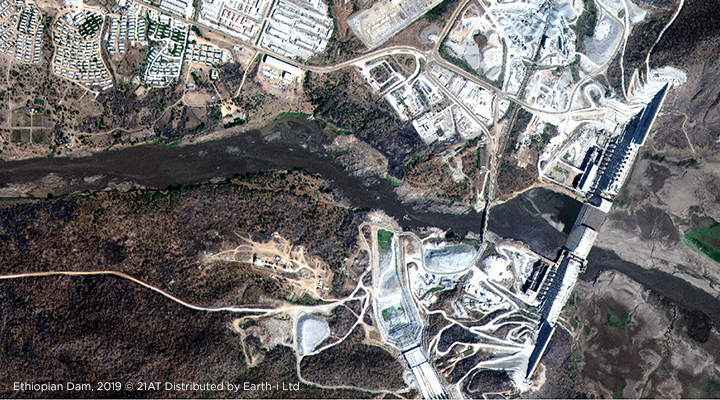 How can water security be linked to global conflict?

When considering the factors that lead to conflict across the globe, water security probably isn’t one that would come immediately to mind.  However, the combined effects of population growth, migration, refugee displacement, unsustainable consumption and climate change, are all putting significant pressure on the assured availability of fresh water.  The lack of a sustainable water supply not only has a direct impact on human survival and health, but heavily impacts the economy of an affected region through its impact on agriculture and industry.
From a security perspective, the impact of water insecurity can be felt internally, regionally and even globally.  A key trigger for the 2011 Arab Spring phenomenon, for example, which saw previously stable nations plunge into internal instability, civil war and even the overthrow of long-established governments, was the global spike in wheat prices, a staple food source for many in the Middle East and North Africa.  This was caused by droughts in parts of Russia, the Ukraine and China the previous year.
At a regional level, the ability of one nation to control the access of water flow to another, will become an increasing source of friction as the assured availability of water is less certain.  The Grand Ethiopian Renaissance Dam project is a good example of this.   Construction on what will, when completed, be the largest hydroelectric dam in Africa, is aimed at underpinning the entire national grid, providing a catalyst to lift Ethiopia’s rapidly growing population out of poverty and will provide export opportunities to neighbouring countries.
However, the Dam spans the Blue Nile, which will directly impact the flow of water into Egypt, immediately downstream.  The Nile is a vital source of water for Egypt and essential to its economy.  Historical legal agreements in place to guarantee Egypt’s access are not recognised by Ethiopia and negotiations between the two nations have broken down.  Once completed (expected to be around 2021) it is estimated that it will take between 5 and 15 years for the dam to fill with water, during which time there is real potential for the flow of the Nile to become seriously depleted.  The Tigris/Euphrates basin is a further potential flash point, with Turkey having developed an extensive water infrastructure with little consideration to downstream neighbours, Syria and Iraq.
The perceived wisdom is that water insecurity will cause friction and strife but is unlikely to escalate to the extent where open war is triggered.  This may be true in the short term, however at the stage when the lack of water becomes a matter of survival, then conflict is far more likely.  Indeed, it could be argued that this situation has already occurred as the 4-year drought in Syria was a major driver for the Syrian civil war that fed the radicalisation of the significant portions of the farming population, which then contributed to the formation of ISIL.
In the future, concerns over water security are only going to increase.  By 2050, it is estimated that the global population will have increased by 2.4 billion, and, according to the Organisation for Economic Cooperation and Development, water consumption will increase by 55%.  40% of the global population will inhabit river basins that suffer severe water stress, including large areas of the Central and SE Asia, the Middle East, China and North Africa[1].  Additionally, the unpredictable manifestations of climate change are likely not only to compound that situation, but to make it harder to plan for or mitigate the impacts.  Droughts in some areas and extreme flooding in others, will make water management increasingly important.  This is a complex issue, with mitigations potentially as damaging as the original threat.  Current flooding in Nepal for example, that has resulted in scores of deaths, has been blamed on the impact of artificial barrages being constructed by India to prevent their own flooding. 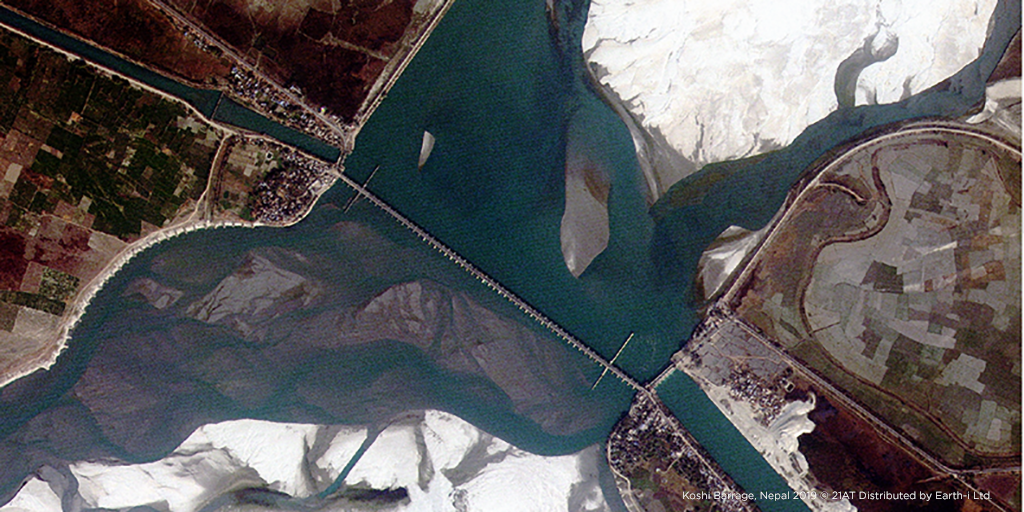 Geospatial intelligence derived from commercial satellites is perfectly positioned to provide the detailed insight required to address this serious issue, or at least understand it before conflicts erupt unexpectedly.  Regular wide area monitoring of areas at risk provides a strong baseline from which to be able to conduct predictive analysis using very high resolution multi-spectral earth observation data.  The applications are numerous, from conducting trend analysis into flooding and drought oscillations, to the provision of indicators and warnings of potential conflict to assisting in the planning of water defences.  Prevention is always better than cure, but in those cases where water security results in the need for crisis management, insights derived from geospatial intelligence can identify where resource needs to be committed most urgently, and can even assist the insurance industry in ensuring claims are resolved efficiently and accurately.
[1] Organisation for Economic Cooperation & Development, Environmental outlook to 2050, Paris.  OECD 2012. 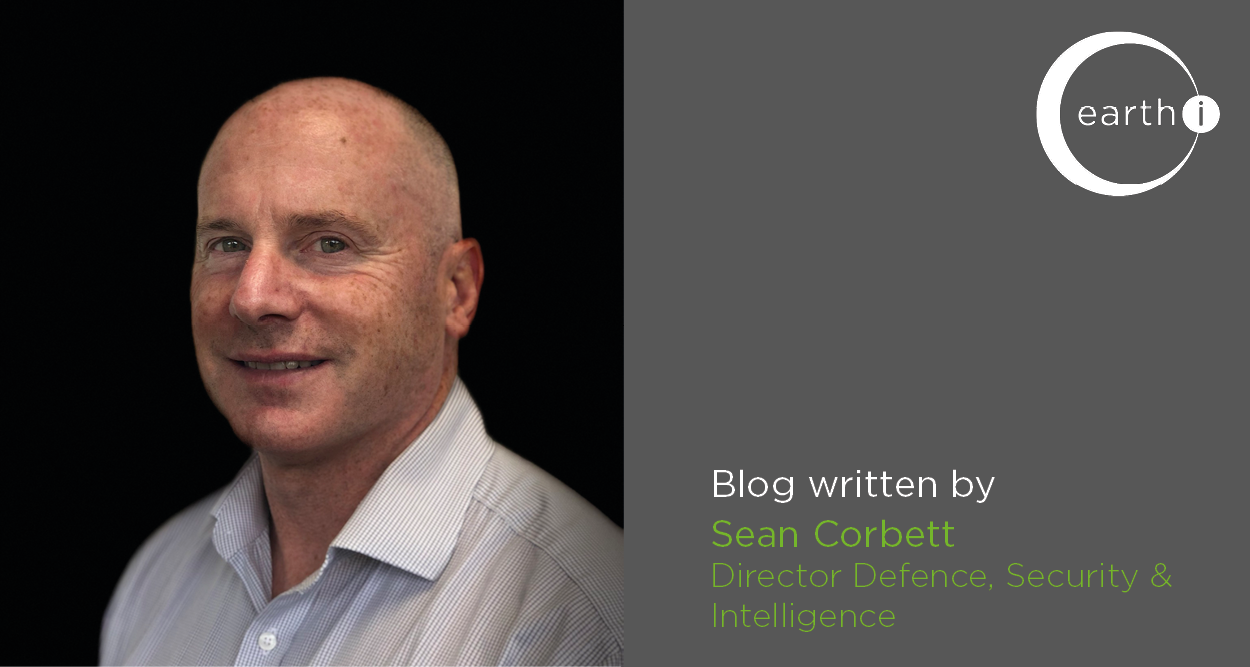 To find out more about Earth-i’s work with natural resources, please email info@earthi.space.co.uk.